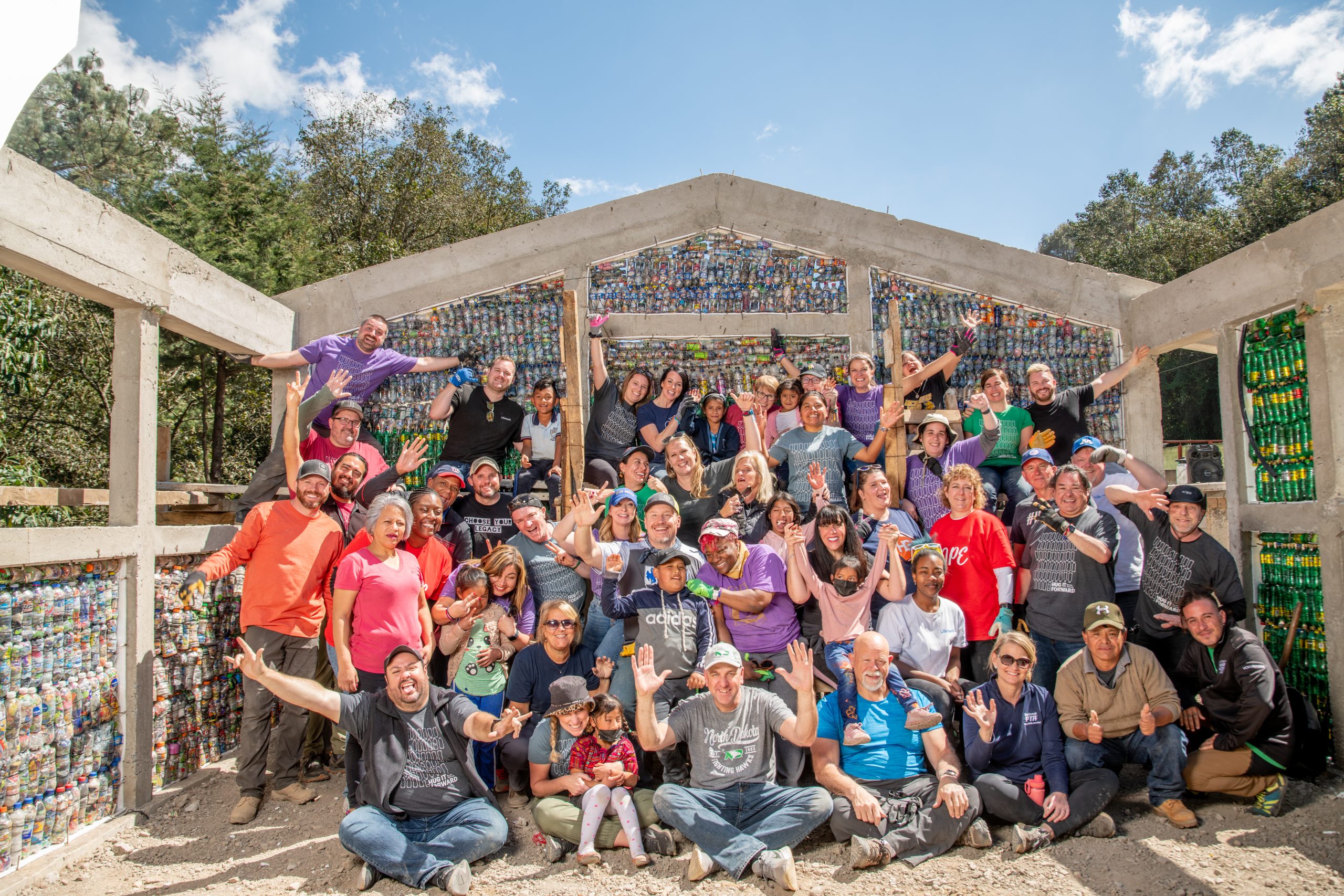 More than 20 years of service
Since 2000, Lifetouch has organized 18 week-long trips, traveling to nine different destinations around the world for a week of intensive volunteer service.

A look at past trips
2023 – Guatemala
Volunteers traveled to Guatemala to help a rural community build a more environmentally responsible school out of plastic bottles and inorganic trash. In addition to building the school, volunteers took personal portraits of the community’s K-6th grade school children. The photos were delivered in person on the last day of the mission trip. The photos were the first-ever professional portraits taken within this community.

2011, 2012, 2014-2018, 2020 – Dominican Republic
Joined by educators from around North America, Lifetouch Missions have built two school campuses in Constanza, Dominican Republic. The teambuilt four two story buildings and a cafeteria, which provides space to learn and grow to more than 500 students.

2010 – Arizona
Volunteers traveled to the Navajo Nation to construct a footbridge to connect two parcels of land divided by a deep ravine so children could get to school safely. The original footbridge had deteriorated so schoolchildren were walking along the nearest highway to get to school.

2007 – Haiti
Volunteers traveled to Haiti to build a school in Fosse Capois. The team helped raise funds and enough money was received to build the Lifetouch Family School. Additional donations received were used for a lunch program and wells for clean water. Since 2000, Lifetouch employee-volunteers have built K-8 schools in twelve Haitian villages.

2003, 2004 – Appalachia
Volunteers spent time in West Virginia (2003) and Tennessee (2004) repairing homes. Many homes were deteriorating and lacked running water, central heating and other basic necessities. Additionally, Lifetouch set up complete portrait studios in community centers, where families gathered to have their portraits taken, most of them for the first time.

2002 – Jamaica
Lifetouch Memory Mission volunteers traveled to Catadupa, Jamaica, for a week to construct a new roof for an early childhood education and care center. The center provides shelter, protection and food for children whose parents worked several hours away.

2000, 2001 – Kosovo
The Lifetouch Memory Mission has taken volunteers twice to help the elderly and widowed rebuild their homes in a village ravaged by war in Kosovo. The volunteers also took portraits of community members to be used for identification cards.